These watercolor paintings grew out of a cyclical winters meditation that began in 2004. As the cold, dark and shorter days coverd us between November and March these paintings insisted upon being made. The compulsion from which they sprang was balanced by the peaceful hours consumed creating them. “Mandala” loosely translated in sanskrit means, circle. Mandalas are traditionally expressions of universality and wholeness. They appear in all aspects of the natural world and human created life; astronomically, tonal wave forms, sea shells, the halo around the moon. As humans we have created circles of friends, families and community. I have been attracted to Mandalas, circles, and spirals for as long as I can remember. It is not an intellectual pursuit of mine. My relationship to those forms is primal. As naturally as those forms appear in nature, my desire to create them, fill them, be contained by them is true and I could not help but allow these paintings to be made. As the natural world is a pallet upon which the language of nature expresses the energy of the earth, these paintings are my natural expression of energy, a visual storying of light and emotion, the physical manifestation of the inside not easily seen on the outside. 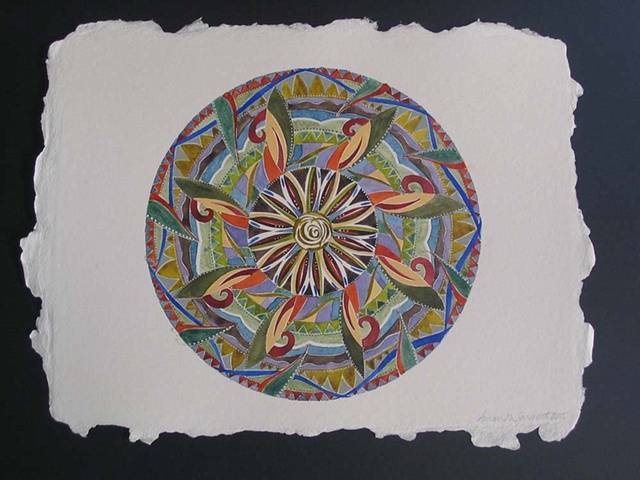 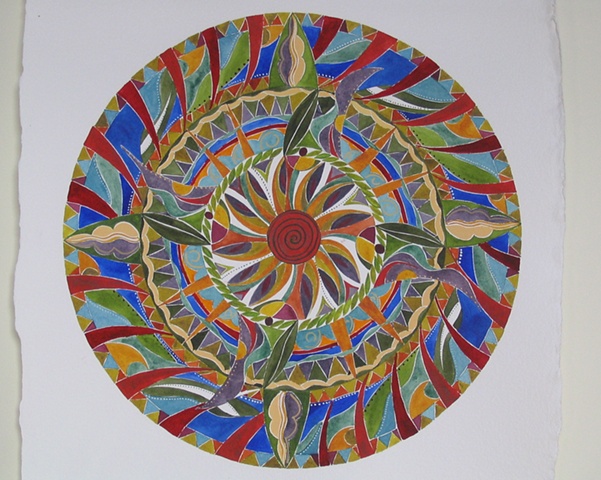 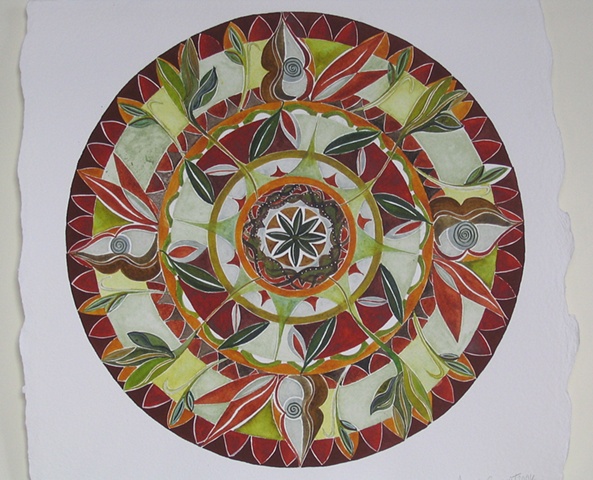 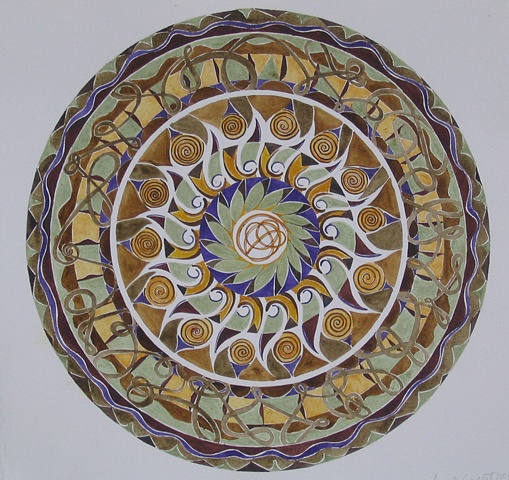 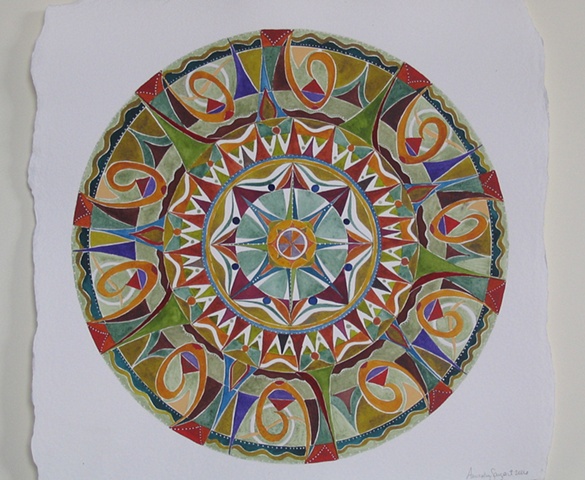 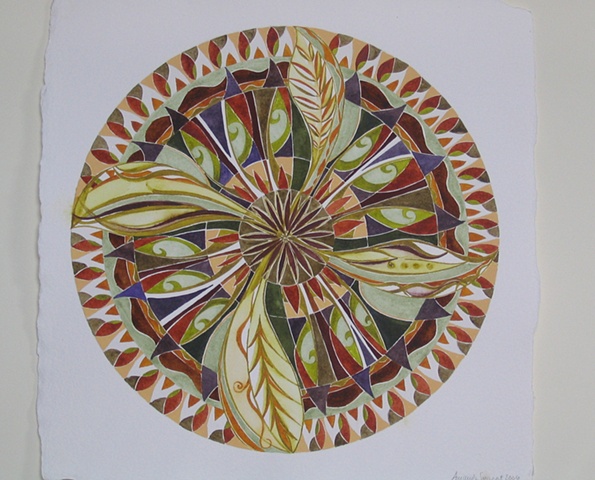